The AuSable Wulff and a bit about its creator.

Fran Betters was a guy who knew what worked and seemed not to conform to convention if convention did not agree with him.

He came up with many patterns, the haystack for example was ahead of its time. Would we have a comparadun if Fran didn't come up with the Haystack first?

He's probably best known for the AuSable Wulff, a fly that is pretty standard except for the color. Orange thread and dyed rusty orange opossum dubbing. That said Fran's flies did have odd proportions as well.  The way he tied it the wings were placed further back and he also put a longer hackle section on his flies. I do not do either things and mostly for aesthetics.
Anyway, here's mine, I conform to the standard proportions more than he did. Bet his fly would float better though! 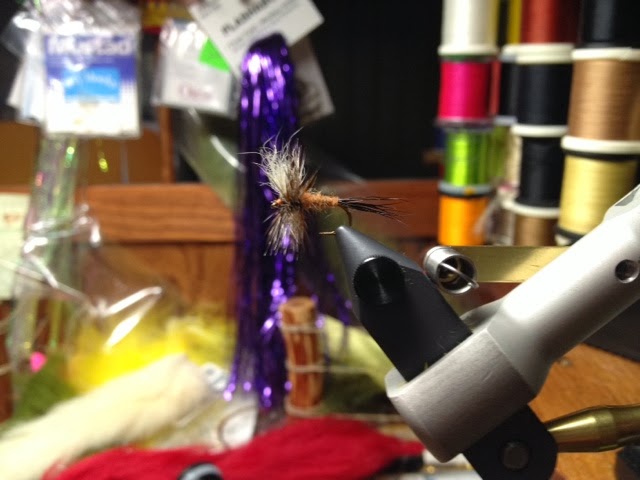